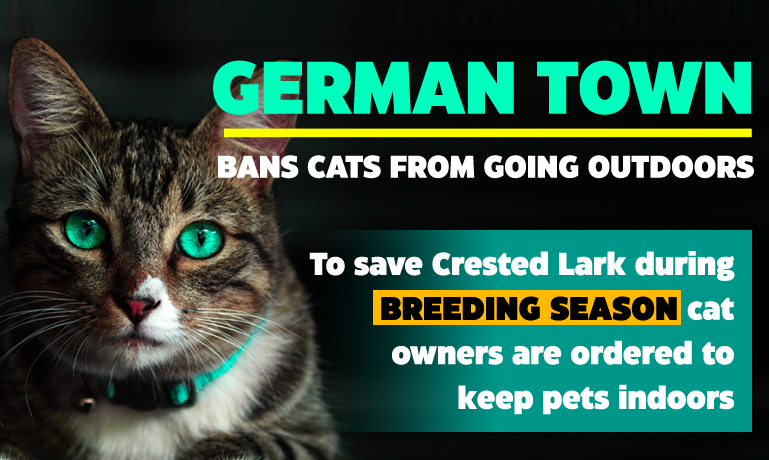 To save Crested Lark during breeding season, cat owners are ordered to keep pets indoors.

The southwest German town of Walldorf directed cat owners to contain their feline pets indoors until the end of August to safeguard an endangered bird during its breeding season.
The Walldorf authorities' mandate was devised to help conserve the crested lark, whose population in western Europe has drastically declined in recent decades. The birds, as mentioned earlier, nest on the ground and are easy prey for cats.

The ordinance applies to all cats in the town's southern portion and will be recurrent for the next three years, from April to August. Owners can be fined €500 if their cat is seen wandering outdoors and could be penalized up to €50,000 if their pet injures or kills a crested lark.